Just  a herring’s throw from the Stade, (the fisherman’s beach with its iconic black net huts) is the site of Hastings Ice House. Built in Rock-a-Nore Road by the The Hastings and St Leonards Ice and Cold Storage Company in 1899-90, it had the capacity of making ten tons of ice a day.  After some years of inactivity it was turned into a community centre by Old Hastings Preservation Society, but was demolished in 2007 to make way for a hotel.

This hole in the ground used to be Hastings’ Ice Factory 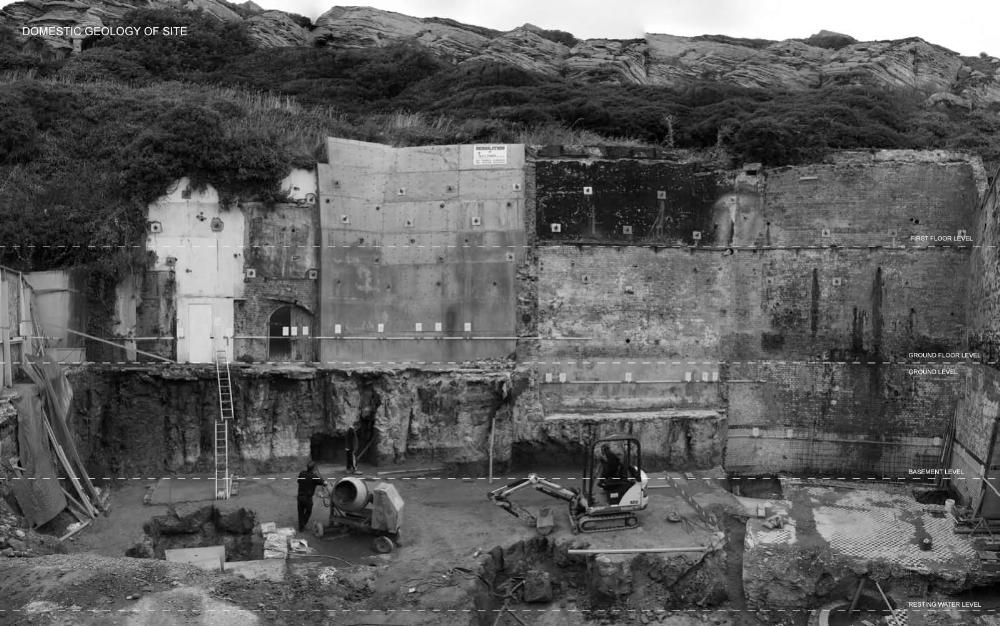 Synchronicity or coincidence led us to the site of Margate’s Ice Factory. After visiting the Grade I listed Shell Grotto (which is also on the English Heritage  Buildings at Risk register), and hearing of plans to re-open the Dreamland fun park (with the country’s only listed roller coaster), we passed R G Scott’s antique store on Grotto Hill, and spotted the words “Ice Factory”.

The current owners moved into the Ice Works in 1979. After closing down as an Ice Factory, it had been taken over by an Ice Cream manufacturer. When the Scott family moved in, they called in specialist help to remove the ammonia ice-making equipment and also fill in the wells. The three floor site is now fully occupied with antiques, but the staff were kind enough to bring down several framed photographs which had hung in the factory. The photographs show both the ice making equipment and the ladies on the ice cream production line.

Swansea  Ice Factory was built around 1880, to supply ice to trawlers and the fish market. The steam powered plant became redundant in 1901 when a new ice factory was built for deep sea trawlers in the South Dock Basin. The building was taken over by ships’ chandlers and local flag-makers Mott & Jones, but retained enough of its original features to become a Grade II listed building. It was recently renovated  as  restaurant and art gallery. Coincidentally, we met someone involved in listing this Ice Factory when visiting the Digbeth Cold Store below.

Located in the Digbeth/Deritrend Conservation area, the Ice Factory and Cold Store was built 1900 for the Linde British Refrigeration Company. Grade II Listed in 2006. It is currently being renovated as an arts centre.

The interior is said to have a tall ground floor, with three smaller upper floors. The second and third floor windows look out on Digbeth Road. There is no ice making equipment left inside. The loading bay looks out on Orwell Passage which, at the time of our visit was blocked by building works. Nevertheless, there were echoes of Grimsby Ice Factory in the exterior.